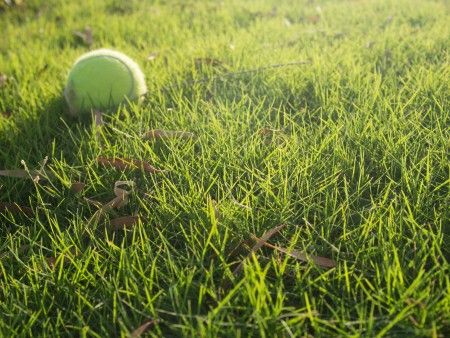 John felt more energy in the next few days, not enough to exit his unit. More days passed before he again felt strength enough to walk. The park clouds cast gray-shade overtop the grass, the dogs and runners. A mischievous patch of blue peeked through the graying vapor and glided slowly out of the park limits, moving a section of light across the ball players. Runners, fewer dogs, fewer young persons occupied the park this day, and that fact made sad old John, his spirits rising regardless. He walked nearer to the lake and another bench, this time cement, offered an uneven surface to the surrounding fatigue. A woman in loose-fit jeans and sweatshirt walked with a large dog, perhaps parts Dane and Shepherd. The dog was lively but slow-moving, holding an ancient propriety and kindness in his limbs. The woman threw a ball about one-hundred yards away and the dog toddled toward it, rocking up and then down onto the ground as he moved. He stopped short of the yellow prey, returned to the woman without it. She pointed and yelled something, then walked with some agitation to retrieve the toy. Ball in hand, the woman gradually approached John and his bench, her breath short. She leaned toward the seat when she arrived and more pulled herself onto the bench then sat, finding place near old John.

The dog ambled up near the woman and put down its tired form at her feet; she slapped lightly his haunch.

“I’m not sure. He’s a mutt, I know that. Probably Dane. Maybe Mastiff. I really don’t know.”

Her medium-brown hair let loose a strand that she pulled back into place, retying the thick mass behind her tanned head. The gesture gave her a disheveled appearance. She wore baggy clothes and John was unable to discern, uninterested in, her shape. She groaned as she sat, and stretched out one of her legs before her. She rolled her head around and then leaned back, closing her eyes. The dog lounged as dogs do.

The woman opened her eyes and turned to John.

“I don’t need to worry about that.”

“Yeah. I have a terminal health issue.”

John straightened himself and directed his gaze more intensely at Marylyn.

John shifted in his seat and tapped his thigh a few times.

The dog arose from his position, clapped the ball with his jaws, lobbed it into Marylyn’s lap. She stood up and threw it and the dog trotted away, stopping before he arrived at ball. John found himself.

“I suppose some people do.” She paused. “But I’m not one of them. I’ve never found comfort in organized religion.”

“I never attained that feeling that you’re supposed to attain, you know?”

“I went to church for years, but it was an empty experience. I performed the rituals and I volunteered and I sang the hymns, but I never felt anything, you know? I mean, I felt something, but it wasn’t a genuine, what someone might call religious, experience.”

“Well, that’s good.” She paused a moment. “But I need solace from somewhere else.”

“Oh, no other religion, not even the ones that are not so ‘organized’.”

“I believe there’s a higher power, and I’m in touch with it, but it isn’t only in church. You know?”

“I think people need to find their own way to god or transcendence or whatever , and if god is all-knowing and all-powerful, he couldn’t expect one religion or another to be the only path.”

“And if god is all-forgiving, I don’t think that he, or she, would create a place to punish anyone. And if god is responsible for the way the universe operates, then isn’t she responsible for evil? In that case, why would he, or she, punish anyone for it? Some test of free will? Why create evil at all, if she’s all-powerful? And if god is all-powerful, all-knowing, all-forgiving, then why does she need anyone to believe in her? Can’t non-believers be part of the plan?”

“I don’t mean to get all philosophical on you, but I’ve thought a lot about these things, especially these days. You know?”

John nodded his head and sighed.

Marylyn got up – dog at heel – in order to retrieve the ball from its distant location, threw it back toward John. It landed fifteen feet away from the bench and the trotting dog approached but never picked up the toy in its olden, still-powerful jaws. Marylyn sat again next to John.

“Where are you from?” she asked in a friendly tone.

“I’ve lived in Chicago all my life. I love this city. People are great here.”

“Is your place nearby? Mine is right over there.” She pointed. John inhaled abruptly.

Marylyn knitted her brows and tapped her big dog once again.

“Well, times do change. And not everyone believes the same thing. That’s what’s supposed to be, right?”

“Well, yeah, I guess. But, I mean, no matter what, everyone believes something different. We just acknowledge that now.”

“It was? Seems to me things used to be a lot more narrow. It used to be worse.”

“Oh. It was nice meeting you too.”

John glanced back at the woman as she again threw the ball, the dog lounging on the grass. When John returned to his unit, he again sat at his dining room table and reread that passage about moving mountains. He was anxious to talk with Nick and Ruth about when they would meet. He scanned the many channels that awaited him and decided upon preacher Marvin and then yet another documentary on the fact of the resurrection.