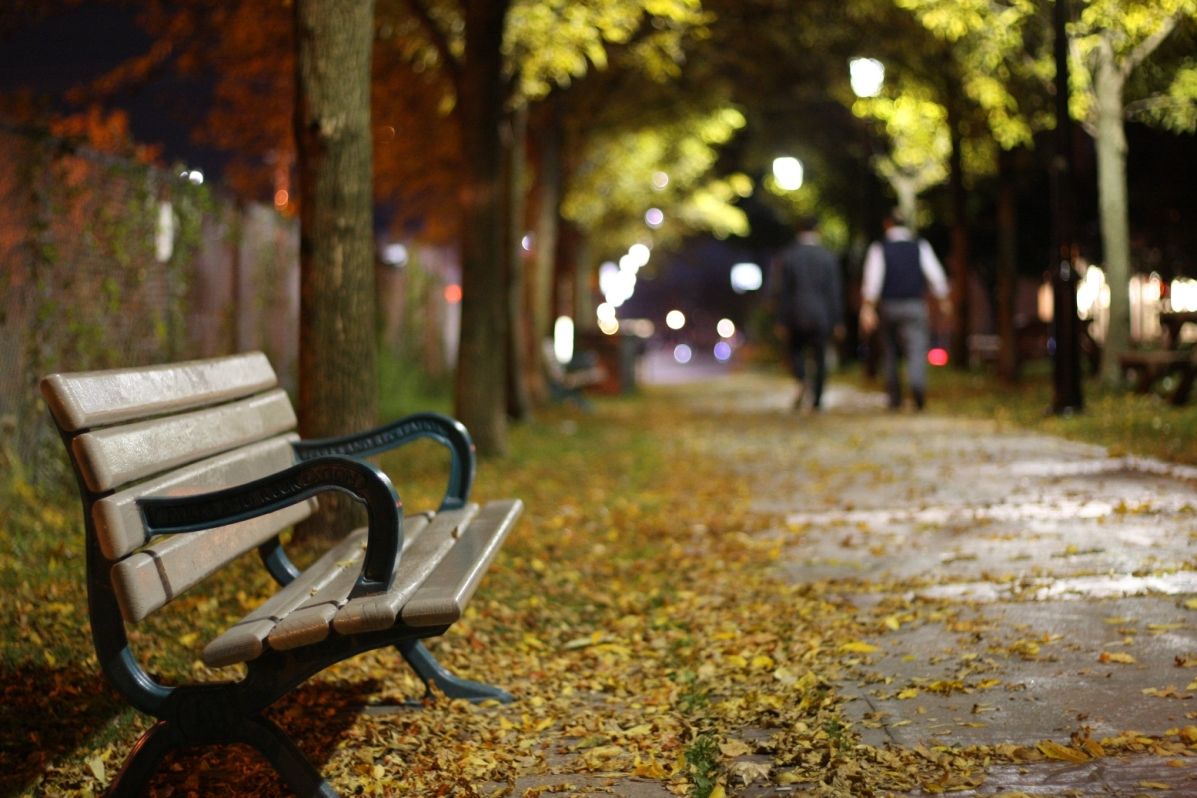 Old John and the New World

On the second day of seven, a rather thin young man sat beside John on a bench where he was gathering his wind. The young man seemed to enjoy the autumn weather, but interacted with no-one, thumbing and finger-dancing on a small, electronic device. John was unable to refrain from looking onto the screen and to his amazement, what looked to him like a movie was playing. He noticed that the young man connected to his device through an ear-set; he was able to observe unobserved. Gabe wore comfortable low-top tennis shoes and baggy, elongated shorts with many pockets. A somewhat tight tee-shirt wrapped itself around him.

“May I ask what you're doing?”

The young man gave no reply, and John waved in front of him. Not wanting to disturb him, John looked around for some time, observing the goings-on going on, but became restless. He looked again at the computer screen. He thought he saw an explosion and an automobile roll along a sidewalk, but was not sure.

Still, no reaction. John once again waved his hand before the young man, and then finally tapped him on the shoulder. Gabe jumped in his seat and pulled out an ear-bud.

“Didn’t mean to startle you.”

“May I ask what you are watching?”

“Oh, is that about the secret service?”

Gabe turned his attention once more to the rectangular distraction.

“Do you watch a lot of things on that…?”

Gabe had with him a backpack that carried little. Only a few things with him besides a plastic bottle filled with water and a baseball cap.

“I bet your whole world is on that thing.”

“My world is not on any such thing.” John paused. “May I ask what you like to do?”

“Yeah. What kind of things do you enjoy doing?”

“Oh. I like to watch films and I play online.”

“You play the computer.”

“I play other players,” Gabe said.

“No. Other people online.”

“Do they have degrees in religion where you go to school?”