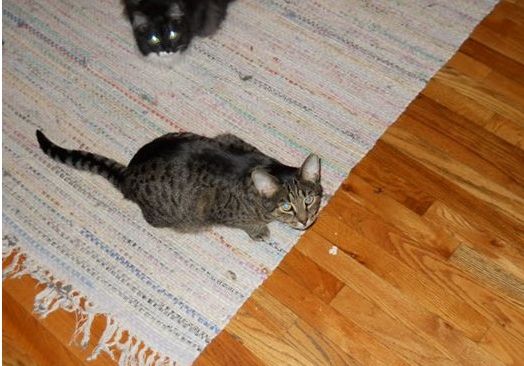 Chicago resident Steve looks in disbelief at the cat treat offered to him by his care-giver. “I can't believe I asked for this thing”, Steve said. “It's a plain piece of popcorn. No butter, salt or even cheese, and I never really wanted it.” Having pestered his friend Kirk for some hours by jumping on his lap and mercilessly nudging his bowl filled with hot-popped corn, Steve cried “bloody murder" with melodramatic posture, as if his hunger were about to drive him to despair and suicide. The gray and black tabby stared briefly at the treat given to him. After letting loose a scoff, Steve looked up at his friend with semi-bewildered eyes.

“I don't want this,” Steve is recorded as saying. The said pop-treat resides still on the wood-paneled floor, both parties irritated at the outcome.