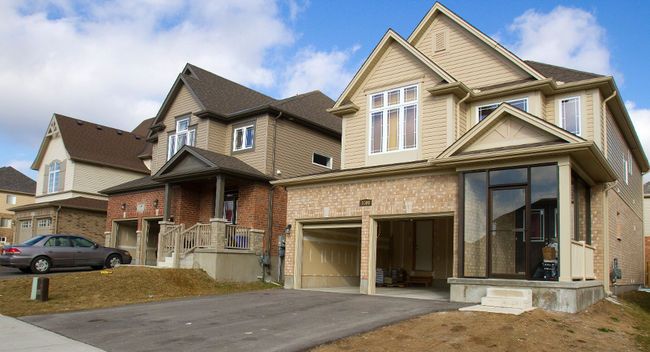 I was walking down the quiet street of a well-to-do neighborhood when I noticed a strange phenomenon. It was the type of place where everyone seemingly and simply keeps to themselves, never regarding one another with suspicion or antipathy. And indeed such serenity is why I had the urge to stroll. I had anticipated the walk to be one simple and uneventful. What happened, though it was not dangerous in the slightest, was one of those stories told at family reunions and other small, annoying social gatherings: a monologue calculated to pass the time and amuse, yet without real point.

I had gone up a steep incline and was, embarrassingly, well winded. I needed to catch my breath and decided to sit on one of those large round and comfortable stones typical suburbanites place at the apron of their driveway. These rocks seem designed both to mark absurd territory and annoy neighbors on one particular side. While I sat wondering why those who dwell in serene places would do such things, I noticed something that I will never be able to forget, both bizarre and amusing.

I beheld a man sitting on his front porch. He was one of the two neighbors mentioned above and he seemingly did not receive company well. Dressed in a light blue work-shirt and dark grey trousers, he looked as if he had just gotten home from his place of employment or possibly a tavern. I noticed one inconsistency in his dress, a pair of fine yellow rubber gloves – the thin and strong kind surgeons wear. He had beside him a plastic bag, one which had probably come from the local grocer, once housing some generic food that amounted to nothing short of refuse. It was lying on the flat of porch in front of him. In it he had what looked from my vantage as a collection of small pellets. The porch he was sitting on was directly next to his neighbors driveway, and seeing as he was on the far right end of the porch, he had a very short distance through which to throw said pellets at his neighbor. It was about this time when I noticed that the other neighbor was out in his yard. It being a Saturday, he had on some denim jeans and a flannel shirt, preparing to mow his lawn with a gas-powered mower. At that time he was pouring fuel into the machine and seemed to be in an amiable mood. The man on the porch was pretending to sit quietly, staring into the street where I sat directly in his path. At first I became alarmed as I was trespassing on his property. I imagined that the slightest infraction might compel him to confront me, possibly engage me in fisticuffs. I quickly turned the other way, preparing myself for departure when I noticed that though the man was looking towards the street his mind was steadily occupied with his neighbor.

As his neighbor attempted to start the machine, I could see the man on the first porch reach quickly into his bag and throw one of the pellets with great precision and tremendous force at the man with the lawn mower. I heard the latter screech in that innocuous yet surprised manner which demonstrates that nothing has seriously harmed but great surprise has seen him. The man with the gloves simply turned his head towards the street and pretended not to notice his neighbors alarm. The mower-man looked around him and seemed to be in a state of some considerable perplexity.

I did not know it then, but I am now convinced that at first this man did not see his neighbor on the porch. Nor did I think he suspected anyone in their right mind would be pelting him. After some short moments the man preparing to mow the lawn set back into his task. He began pulling the cord of the mower with a somewhat perturbed velocity. He was on his third attempt when another screech came from his vicinity. As I am hard of hearing I could not discern from where it came. I later determined that it was in fact the same aforementioned man of mowing. This time he was slightly more annoyed. The man on the porch simply looked the other way and pretended not to notice. The man with the lawnmower decided to investigate. But fortune in the form of spatial relations and possibly a disturbing cunning was on the side of the man with the pellets. He noticed immediately his neighbor's intent on finding out just what was happening, and because the man on the porch was slightly ahead of the man with the mower, he had the time and dexterity to move quickly into the house before being noticed. The mower-man looked around at the front porch and into the trees above, scratched his head. It was at this time that this good neighbor noticed me. He stood with his hands on his sides as if he were contemplating the disciplining of a small child. I believe he understood that the force and direction of the projectile, as well as the great length, were inappropriate for my being culpable, so at last he went back to starting his motor. I noticed at this time that he was no longer in the amiable mood he had been because his wife came out of the house and asked him something, possibly how things were coming in the yard. I do not know the details of the conversation, but I will say that both were thoroughly vexed. She eventually said something loud and seemingly derisive and climbed back into the house. At this time he went back into the garage.

It had been relatively quiet for about three minutes when I saw the screen door to the porch of the gloved man creak slowly open. I had again almost decided to depart, but the situation was amusing and promised to be ever more so. He poked his head about and seemed overly cautious for a man exiting his own dwelling. As the reader will surely empathize, his disquiet was quite understandable, if somewhat deviant. He still held with him the bag which he had earlier used to hold his pellets; he was also still wearing the gloves. He sat back into the same chair and slowly looked back and around his dwelling, peering into the driveway of the man with the mower. As he saw no-one, he once again sat back into the chair with a gleeful smile.

At this time I started losing interest in the game and found some of the gum I had secreted away in my coin pocket. It was one of those attempts one uses to amuse oneself, a sort of hiding away from oneself the small pleasure. I was about to resume walking as I had gotten more than adequate rest when the man with the mower came walking up the drive. I assume he had gotten frustrated with the events and had apparently refreshed himself with the aid of some type of alcohol. He seemed prepared for battle with the uncooperative mower once more and resumed his efforts. At the first pull of the lawnmower cord the gloved neighbor came alive. He looked back into the drive, assessing the change in position of the target. It was roughly two seconds later when the neighbor with the mower let out another screech. I could not hear the exact words that were uttered, but I did hear some common profanity. I will not bore the reader with the details or what exactly I heard but suffice it to say that this man was then angry.

Now I will not deny being amused by these events, but I must confess also that I find them somewhat unnerving. I say this because it was at this time that the man in the driveway ran to the front of his house, leaving the gloved one without time to employ a sufficient retreat. He stood staring at his assailant for what seemed a great long moment. Then the mower-man flew into a rage. I heard at that point the same profanity I had heard earlier plus some truly inventive forms of new ones. The man with the mower took hold of a part of his shirt and held it out to the gloved one. It looked as if he were holding the latter responsible for some stain. The man on the porch seemed to have resigned himself to listening as he nonchalantly sat in the chair. I distinctly heard the man of the mower say "WELL?!" And then there was silence. It was about fifteen minutes later when I saw a patrol car wind around the curve in the road from the same direction I had come. I at once got up from my rock and headed down the same way, ensuring my swift arrival home, but my curiosity got the best of me and I hid on one side of a tree to observe the final outcome. It was immediately afterward that the mower-man ran up to the car and started yelling. I could not comprehend the man being so very angry. I then heard the words "...THE THIRD TIME...GETTING TIRED...PRESS CHARGES...." Obviously much more was said, but I had not the ears to hear the minutiae of the conversation. I noticed that the man with the gloves had gone to the other side of his house and disposed of whatever was in his plastic bag along with the surgical gloves. I decided then to find my way home to where the world is a little less testy, my normal suburban abode, but as I sat in my study that night I became interested in some of the finer points of this absurd and petty altercation.

I determined that very evening to pay a visit to that self same home in an attempt to determine the contents of the plastic bag. It being late autumn, I had the cover of an early fall of evening. I left home at approximately seven p.m.. When I arrived at the same residence, it was full bloom of night. I immediately noted that both houses were dark. The lack of light ensured stealth. I quietly walked along the edge of the house of the gloved one, making sure that I was not very far from the path so as to enable me, in time of unforeseen discovery, to contend I was lost and looking for direction. I came to the side of the house and looked round for the garbage can which had been employed in the disposal of the weaponry. I found it almost instantly, thus confirming my idea that I was destined to determine the contents of the bag. Having forgotten my flashlight, I simply lifted the lid of the can and grabbed what was surely the culprit. At this time I quickly walked away from the house and headed towards home. Upon reaching my dwelling I decided to examine the contents of the bag in my own garage; I could not afford to give my wife the details of my adventure; she would think me odd. So I turned the singular light bulb on in the garage and carefully untied the plastic handles. Inside was an overpowering stench and little bits of clay. Also inside were a gathering of small brown logs. I had not time to determine exactly from what animal these came, but I am convinced they are fecal in nature. Also in this bag was the mind and spirit of the man with the rubber gloves, and of course his warmest regards.