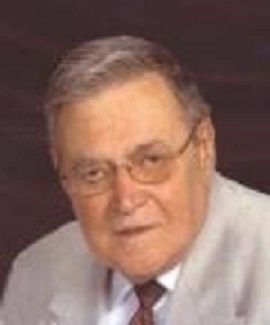 When my father died, I wrote the following eulogy. I thought that I would be able to speak the words clearly and smoothly, but I was unable to do so without periods of silence and tears. In his memory I am delivering it today without tears, but with fondness. I hope he would have liked it.

The philosopher Martin Heidegger believed correctly that language is primary to human culture. When we speak we assert, we bring something forth while revealing it. When we assert, we build structure and when we build an edifice with language, we construct a home. Language is where we humans reside. Entire cultures are fashioned from it; perspective cannot exist without it, and wars are waged because of things said. Language is part of the very foundation of our being. My father was not a wordsmith; he was a carpenter. He never would have claimed to have built a home with his words, but he would claim to have built a house with wood and concrete. He did not recognize completely the home he built with words.

“Always think positive,” he said in a firm voice, like a manly handshake.

“It's my house and you obey my rules in my house. When you're older you'll have your own house.”

“Shut the doors and drawers” was a strong request.

“If you’re going to screw around, do it in someone else’s neighborhood,” he said in a friendly manner.

“Don't drink. Don't smoke. No necking; no making out, but have fun.”

These words and others he used in order to build that oikos, a home, and that home was different from the house that he constructed. Comprised of his unique brand of care, it was sometimes too rigid and controlled; sometimes obsessively kept; and at times it was subject to his whim, yet always it provided the needed nourishment and comfort necessary for living, speaking beings. It gave us a sense of his firmly held principle and his deeply-felt love for his family. My father did not always recognize that he did so, but he constructed more than a house of wood and concrete. During his later years he said little because of an ailment given to him by aphasia; he was unable to tend that edifice that he had constructed, but by then the structure had grown and his children had built homes for themselves, each crafting their unique brand of care as he had done. The home that we still occupy is one that he built with his hard work, with his love and with his words, and the building continues because he was a master craftsman.