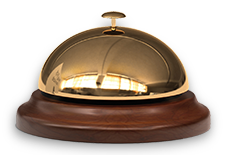 The mat of blonde hair flopped down into his face again. He savagely threw it back atop his head. He leaned his well-cut arm around the divan and glanced at the wall with the many, giant shelves inset, myriad resting books and old compact disks, even some leftover videos lounging as though they had worked all day. He knitted his brows. The mahogany floor and the brass plating on the glossy-wood windows spoke to him as they always had. This his library scanned immense fifty meters or so, and it was the smallest room in the ever-expanding domicile. The lengthy field of fine fescue outside the manor and the multi-kilometered expanse of trees enveloped the home entire in silence. He thought he may want a Moules Mariniere, but then again no. Perhaps he wanted another woman. They were cheap, many times, and quite manipulable.

He may want to fly north; he was somewhat in the mood for skiing and cocoa at high altitude.

He suspected work on another addition to the house would be his next thing, but there was so much of that, had been done so many times. He threw his latte against the wall suddenly and watched the brown fluid flow and then drip on his books. He summoned Marina who stood dutifully remaining before him asking what he needed imploring with immense-moist eyes. He angrily and with great force yelled to her. She ought to see the mess on the wall and books.

"Get it up quickly! It'll stain the wood!"

Then, he arose from the divan and held his head in the hand. He could drive one of his cars, or purchase an old one. He may be able to start work on a new degree, or start another website. He thought he could hack into a government system and rage havoc around and about them.

He heard hiss from the ornamented radiator nearby, and wondered at the arrival of the steam, felt the urge to pull the mass of steel from the floor and send it smashing through the hall, but pull of earth upon it forbade him. He could simply walk through Central Park and meet persons whom he would never encounter. He could sit back into his rocker, or purchase another building like the seven-story one he did yesterday.

He smashed his fist through a painting of his father, summoned Marina again.