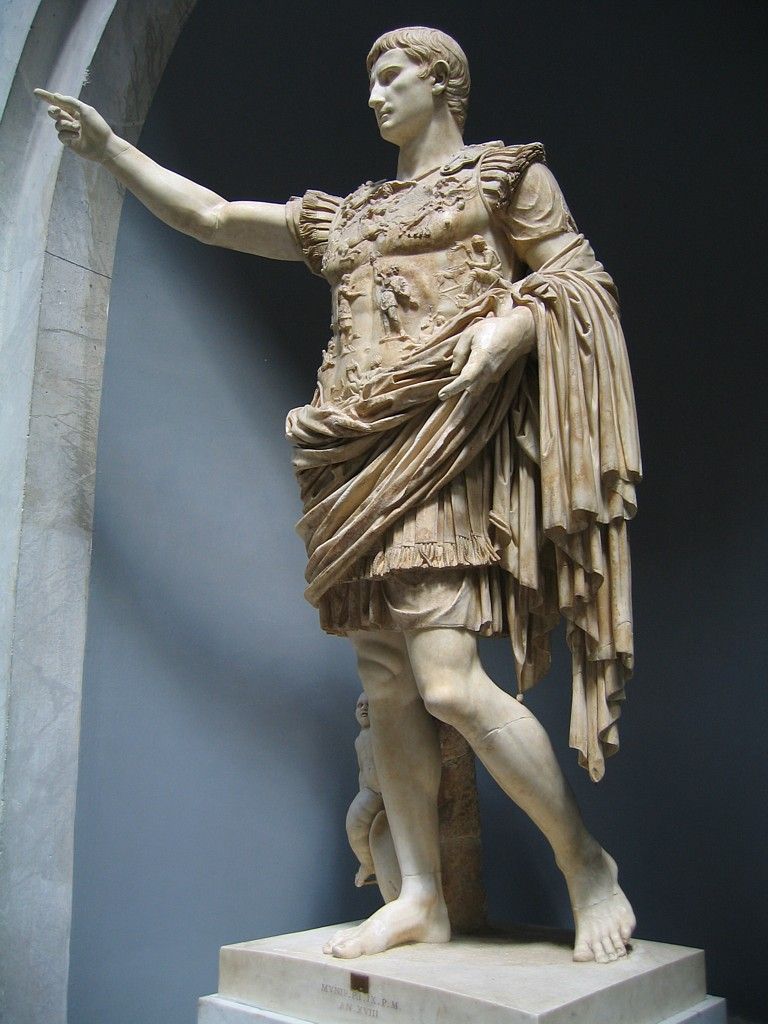 A man who looked very like Augustus came to Rome. Augustus had him summoned and asked him, "Was your mother ever in Rome?" The man said no, but added, "But my father often was" (Macrobius "Saturnalia" 2.4.20 trans. J.C. McKeown).

"Augustus liked his friends to be open and direct in their dealings with him. A man named Artemidorus once had himself brought into the emperor's presence in a covered litter, as if he were a woman, and then he jumped out with a sword in his hand shouting, 'Aren't you afraid someone may come in like this and kill you?' So far from being angry, Augustus thanked him for pointing out the danger." (Cassius Dio "Roman History" 56.43 trans. J.C. McKeown)

One must always take care in reading Roman "History" or "Medicine."

Tiberius was devoted to his wife, Vipsania Agrippina, daughter of Augustus' friend Vipsanius Agrippa, who was the second husband of Augustus' daughter, Julia. When Agrippa died, Augustus forced Tiberius to divorce Vipsania and marry Julia. Tiberius thus married his own former mother-in-law and his former wife's stepmother, and Augustus' wife, Livia, became Julia's mother-in-law as well as her stepmother (J.C. McKeown)

Augustus' domestic problems were not limited to the question of the succession: the two Julias (his daughter and granddaughter) and Agrippa Postumus (his last surviving grandson) all led lives that typified the sort of decadence he wished to suppress. He used to refer to them as his three boils (vomicae) or tumors (carcinomata), and when he heard that a freedwoman called Phoebe had hanged herself because of her involvement in the adulterous behavior of his daughter Julia, he cried out that he would rather have been Phoebe's father than Julia's (Suetonius "Life of Augustus" 65, trans. J.C. Mckeown).

Augustus said to his friends that he had to tolerate two spoiled daughters, Rome and Julia.

When she had listened to a serious-minded friend's advice that she would do better to model her behavior on Augustus' frugal way of life, she (Julia) replied "He forgets that he is Caesar, but I remember that I am Caesar's daughter."

The above quotes can be found in J.C. Mckeown's "A Cabinet of Roman Curiosities."