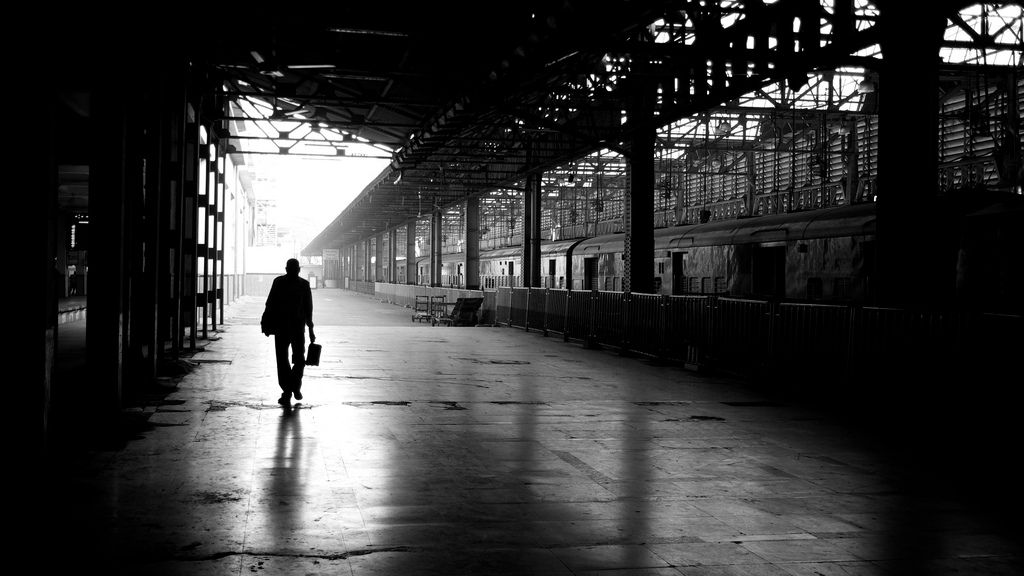 Not of his own labor or worth a young man came into considerable wealth. He needed no possessions because he owned anything and everything he pleased. He desired no woman because legions of them came. He had no cares, but found or attained without effort whatever he desired. His affluence took him wherever he wished, yet quickly his boredom grew and his lack of necessity tired him. He began to seek what he was unable to obtain and there he found a desire great and plentiful. He longed for something not intangible but greater than matter, something more able than that what he owned, and he found that longing in his search for an acquaintance – a man, an African-American woman, an older woman, diminutive workers, madly corrupt judges and a bee. This youth was cruel, even savage, and though he learned quickly, he understood sometimes not at all. He sought that intoxicating acquaintance in his hearth, during travel and in taverns, but such company rarely comes when bidden. Occasionally, when the youth had ceased looking or when he had grown too tired for seeking, or seemingly arbitrarily, he found again suddenly his ancient acquaintance. There and then the gap filled as two now friends met and talked. Encounters with the man and then the woman and older woman were encounters with the same presence and at one time it seemed as if he with the fullness of those encounters merged so that he needed no more, longed over nothing. Yet, the longing was not ending. Sated for a time, he was again filled with an emptiness that came naturally from every what reality put forward. He still wanted for not food nor drink not company nor travel. He lacked no education and needed no more control over his environs. Yet he desired that ancient acquaintance and needed it. It was part of him, but he did not know. He sought again though on this occasion not through his friend. He sought in church and stable, in exercise and entertainment. He looked to friendship and meditation and surprisingly he did find this sense he needed, everywhere. Yet, it never remained and quickly was it not part of any one occasion. He sought and lost it each time he tried. Now confused in a comfortable manner, he began to seek it nowhere, looked for it where there was nothing at all. He did not know what he sought, did not know where it or they were or how it came or what they did. He longed for nothing, but he did not desire nothing at all, could not have found nothing at all. He longed for that part of every thing that was not, and did not know it.