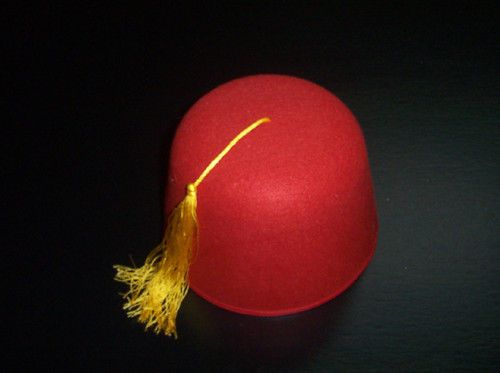 The Frog Who Sang the Song of Being

Once when I was sleeping in the dark, heavy of dream, I was awoken by a scratching at my door. I thought it odd that one of my animals might be outside my condominium, so I performed a roll-call; all present and accounted. I looked through the peephole but saw no-one in the hall. Curious, I opened the entrance to my abode and found at my feet a medium-sized, purple frog, fully decked in a yellow cape and red hat. He seemed annoyed.

“I haven't been able to get in,” he said. “They sent me to the wrong section of your home.”

“Yeah. I need to come inside.”

I stood in my pajamas deeply perplexed.

When he came inside, he flapped his cape and pulled out what looked like an electronic device, something like a small hand-held computer. He tapped it once and then shook his aggravated head.

“You know, I hate to ask, but can you get back into bed?” he said in an irritated voice, though I saw that he was not annoyed with me.

“You're supposed to be asleep when I arrive.” He looked at a tiny watch on his wrist. “Shit!” he said vehemently, a spray of his spittle landing on my hand. “I'm very late. I can't believe this.”

An unknown reason compelled me to agree, and the frog entered my bedroom awkwardly and with what seemed like a limp. He was unable to hop and his cape, now smudged with dirt from my hallway, became an impediment. I didn't ask him any questions, though I was very curious; he appeared volatile, though I sensed that this was not his ordinary mood. He seemed more irate still than he had been when he entered. He climbed upon my bed with some difficulty, and I refrained from assisting him because I wanted no more to annoy him. He grasped my grandmother's afghan and with some effort struggled up onto the bed where the only section of unruffled coverings resided. He massaged his leg once and then sat as frogs do, seemingly content, but with a mystery that spoke to me. Strange how his hat never fell from his head; it looked perfect.

I paused a moment, which he seemed to believe was my own annoyance.

“Hey, sorry about that. It's been a rough night.”

I sat upright with my back to the head of the bed. The frog ignored me initially, leafing through a small book that emerged from his cape. He turned one page and then another, occasionally reading carefully, and then he turned back to previous pages. He marked two places with dog-ears and placed the book in front of him opened to one of the marked pages.

“Oh, Christ,” he said suddenly. “Can I ask you to go back to sleep? I'm sorry, but the effect is much better, and my 'superiors' require it.”

I settled myself in the bed on my side, my usual sleep position, and waited. Five minutes passed. The frog continued to occupy himself with the small book, and he occasionally glanced up at me, meeting my eyes. He frowned when he saw that I was wide awake and when the five minutes had passed he spoke again.

“We can't wait any more. Just close your eyes and open them when I speak,” he said.

I closed my eyes and waited, but he said nothing. I caught a scowl from him when I opened my eyes in order to see what was happening.

“Alright, alright. Open your eyes then.”

And before I was able to ask anything he began.

“I am the Frog of Being,” he sang. “I have come to sing to you the song that reveals all. All of existence is Being and all Being will be, indeed already is, yours.”

“Oh. Alright then. That's nice,” I heard my voice. After his – high-pitched, wonderful, containing a pinch of worry – mine sounded comely.

I noticed the book that he had been studying was now gone, presumably still on his person. He covered his mouth with his cape before he began, now in a voice muted by the yellow fabric.

“The truth that lies concealed will come to Being when time resides in motion's sway...”

He stopped a moment.

“No no no wait wait wait,” he said, words pelting down as he waved his arm in request for a pause.

“Yeah. Yeah. That's it,” he grumbled and began anew.

“The truth lies concealed and comes to Being when time resides in motion's sway, when earth and fire and water no longer come as elements, but...”

And he placed his front appendage on his chin as if to think.

He placed head in webbed small hand and massaged his forehead.

“Dammit. That's not it,” he said. He thought for a moment and then continued undaunted and seemingly confident.

“I am the Frog of Being,” he repeated. “I have come to sing to you the song that reveals all mystery. All of existence is Being and all Being will be, indeed already is, yours.

“Uncertainty! Preservation of energy! Power of Electron and Proton! Whoa to Electromagnetic, whoa to Gravitational, whoa to Strong and whoa to Weak forces! These are the character of Being and without them...”

“No no no wait wait wait,” he said in a nasally voice. “Being is ours, yet indirectly. And all of what Being is is Being and one can sing nothing about Being that isn't.”

He thought again while I waited, a bit impatient. I needed to clean up for work.

“Yeah yeah. That's it. These are the character of Being and without them nothing may exist, not man, nor rock, nor star, nor singularity.”

I sat up straighter in the bed.

And reluctantly he turned round his cape and brought out the book he had with him. He read it for a bit, and then folded it back into his person. He looked at me with weary eyes.

And then he began anew.

“I am the Frog of Being,” he sang in drone-tone. “I have come to sing to you the song that reveals all mystery. All of existence is Being and all Being will be, indeed already is, yours. Being is ours, yet indirectly. And all of what Being is is Being and one can sing nothing about Being that isn't.”

I admit he did have a beautiful singing voice.

“Being is that 'there' which is not this, not that, yet this-that are. Being is neither character nor property, not substance, not provable nor intellectable; not anything can be said to 'be' being, and yet 'is' is all. Being is not even the 'Not' of existence, that granter of limit and mover of presence.”

His voice was so beautiful that I could not help myself. I clapped before he was able to correct himself and yelled applause which my diminutive friend drank with delight. Some bit of confidence seemed to return to him, and he nodded a slight thank you with his eyes half closed.

“I have ten thousand questions,” I said. “I'll call in sick today and we can talk. What do you mean by 'nor property, not substance, not provable nor intellectable; not anything can be said to 'be' being, and yet 'is' is all'?”

He crawled over the edge of my bed and plopped down onto the floor. I leaned forward in the bed, peering at this frog who possessed uncertainty of gait. He looked at his small electronic device, again shook his head, and limped over to my front door.

“I need to leave from the place where I appeared and unfortunately that's not your bed.”

I crawled out of bed and opened the door for the purple frog with the yellow cape and red hat.

“Are you sure you can't make an exception and visit again? I did help you out.”

He stared hard at me a moment and some of that impatience returned to his voice.

“Do you know to whom and to what else I have to sing? All of being! And I'm about as late as I can be.”

I thought for a moment that I would like to witness his departure, so I watched him in the hallway.

“Shit!” he exclaimed. “Can you look for a small yellow glove in your bedroom? I think I left it there.”

I agreed but found no tiny glove in my bedroom, and when I returned to my door the frog who knew the song of being, or part of it at least, was no longer there.