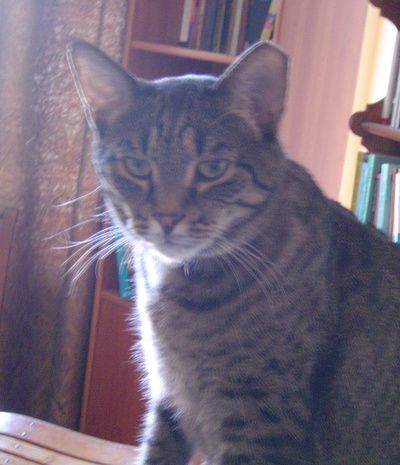 Steve says that he’s being harassed by those who don’t believe. Humans send him email, saying that he doesn’t own the cheese, that god didn’t tell anyone that he owns all the past, present and future cheese. Steve wants these “persons” to know that they are oppressing him. He has the proof that the cheese is his. He believes and he even has followers who believe that he is a cat of god. This guy who gives him food – what’s the name? – Kirk. Kirk is a believer in Steve’s ownership of the cheese. He gives Steve the cheese all the time. Steve says that those who refuse to believe the one and only truth, that papyrus that substantiates his ownership of the cheese, those people are oppressing his god-given right to own all the cheese. It’s against the constitution,...or something.