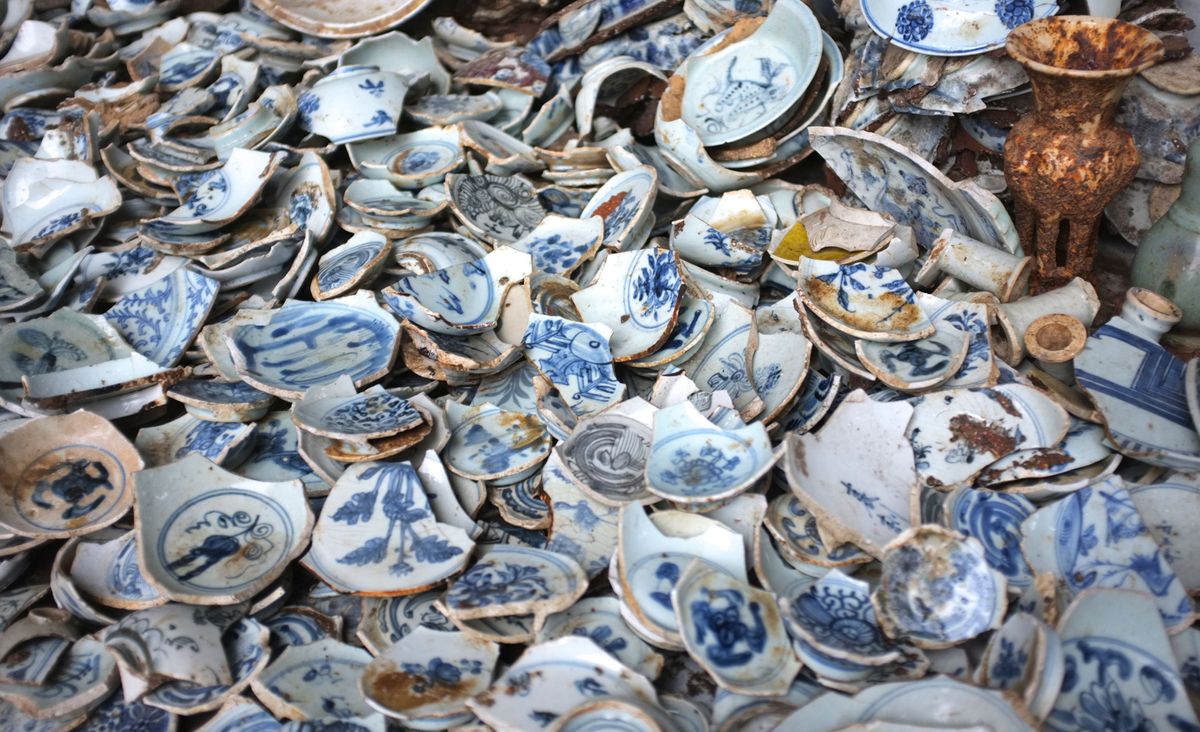 Agnes pushed the porcelain figurine forward just a bit. What with a blue, floppy hat and the flowing dress its depiction of a young woman strolling was quite beautiful, she thought. It slid along the counter as she pushed it, but she didn't pick it up. The youthful stroller was too heavy. Everything around her came laden with weights and dripped as if drenched in some sort of fluid. She thought it was an oil of some kind. It fell exceedingly slowly from her body as it weighed down her limbs hands, and her feet almost dragged along the tiles. A drop would not hit the floor in an hour so slowly did it go from her body. She didn't want to touch anything, was afraid that anything she held would break, already broken. When she arose in the morning, her first thoughts pressed her back into the bed. She wanted to sleep more and when awake keep sleeping. The visit to Precious Porcelains had been a good idea, and it gave her a bit of levity and thus lifted her a bit lighter, but only a bit. She walked along the aisle and found an urge to stroke a collie on the glass shelf, eternally barking. She thought better and adjusted the strap from her purse on her shoulder. Her body was difficult enough to carry around with her, but to encumber it with other belongings was almost unbearable. She knew she should exercise or keep moving in some way, but movement of mind or frame came so difficult.

She again pulled at the strap. Her head wobbled on her neck as if too heavy to support.