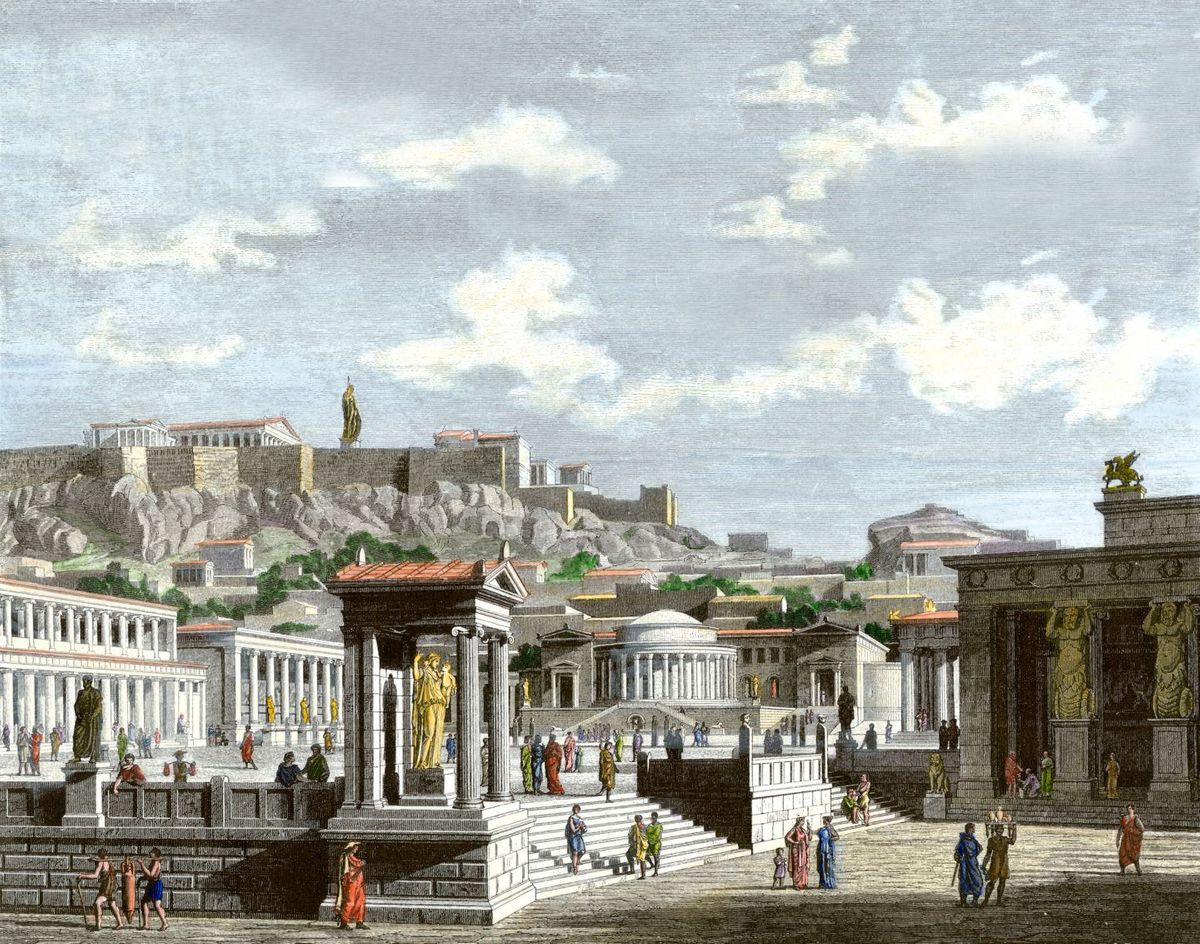 “It seems well said of Athens that it produces good men who are outstandingly excellent and bad men who are supremely wicked, just as it produces the sweetest honey and the deadliest hemlock.” Plutarch “Life of Dion” 58.

At the height of its prosperity the Athenian democracy was financed by the harsh exploitation of untold thousands of slaves in the silver mines and Laurium and by the subjection of the tribute-paying allies. The whole citizen population of Mytilene was condemned to death or slavery for trying to secede in 427 B.C., only to be spared at the last moment; there was no such reprieve for the people of Melos in 416. J.C. Mckeown “A Cabinet of Greek Curiosities” 60.

“Our present system of government is the same as it nearly always has been in the past. Some people call it a democracy, whereas other people call it whatever they like. It is actually an aristocracy approved of by the masses.” Plato “Menexenus” 238c