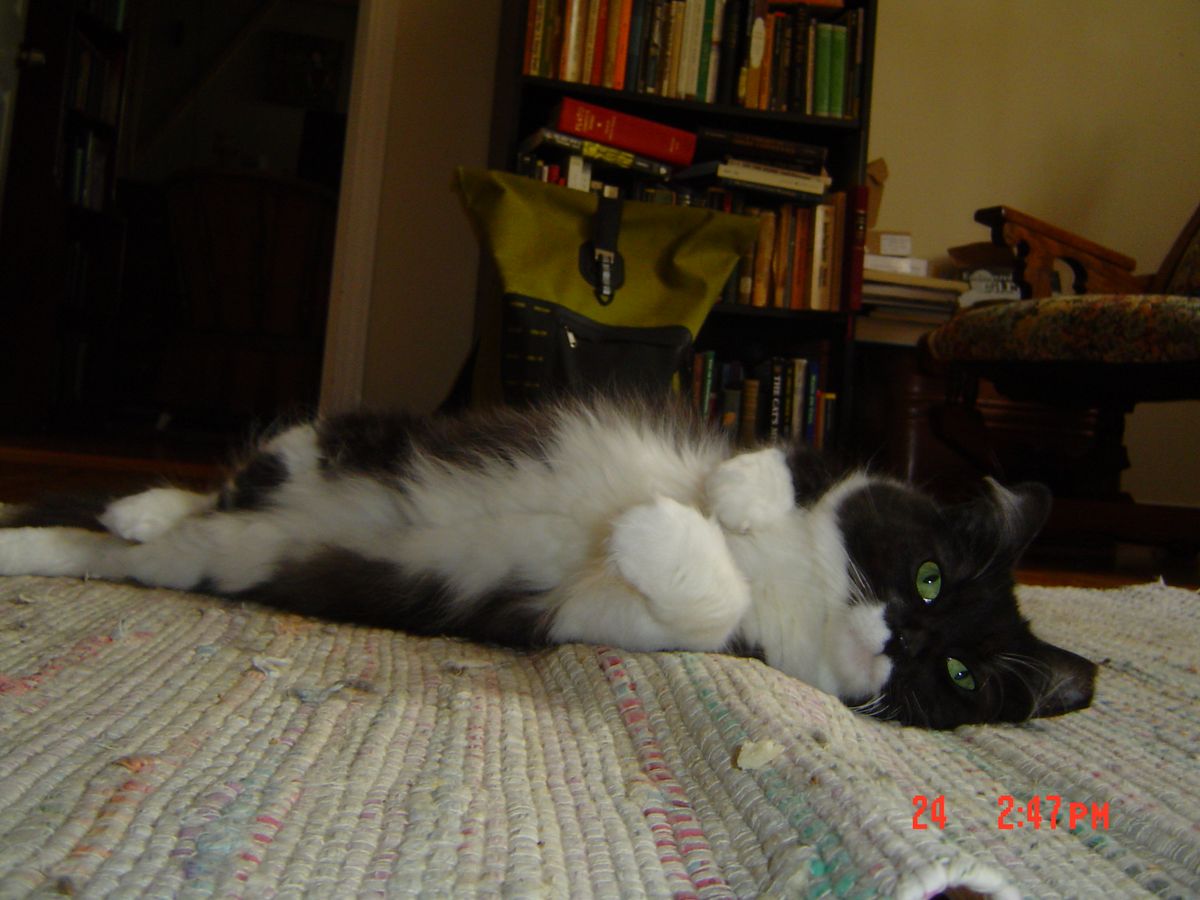 A Warning to Cat Owners

Today at approximately 7am some kind of catastrophic event shook the corner of Rogers and Damen in Chicago’s far north side. The top corner of a red brick building was demolished by what at first seemed to be an explosion. Finding no evidence of outward projectiles, investigators suspect an implosion.

“There is a lack of debris in the area around the building, which is a strong indication that part of the building was sucked in, not out. And we found none of the debris in what remains of the unit,” said Frank Hannigen, a chief investigator for the ATF.

Other sources claimed that a buildup of some kind of destructive matter or device accumulated in that part of the building for some time. Called a bebra adorabilis, such a deadly-concealed device remains completely innocuous until suddenly a catastrophe occurs. These weapons of semi-mass destruction can remain hidden in plain sight for years, agents claim.

“There is a buildup of too much of something concentrated in one area of the universe. When a…let’s call it an implosive mass…is achieved, the potency of whatever that is becomes too much for that section of the cosmos to tolerate. Then an implosion occurs.”

When asked what he suspects was simply too much for that piece of the universe, Hannigen was reluctant to speculate.

“You see, it could be anything. Too many socks in one area, or too much shaving cream. It’s very difficult to know.”

As the investigation continues, some suspect a cat was involved.

“If an animal is too adorable or acts in too irresistible of a way, that cuteness can trigger an implosion of this sort, I’m sure of it,” said Brenda Failer, another agent of the ATF.

Such an implosion authorities call a felina bebra adorabilis, a cat-like barbarously-adorable weapon. Some claim that a build-up of epic adorableness occurred, though such an hypothesis remains unproven and highly speculative. If the ATF agents who support this theory are correct, massive explosions may occur in places like cat shelters, dog shelters, zoos and pet shows. Even Youtube videos of cats fighting to the Star Trek soundtrack, cats being chased by mice and dogs riding skateboards may cause implosions.The universe will simply be ill-equipped to withstand the strain. The ATF suggests extreme caution when viewing such things, not to mention the risk to one's mental health.

“The pressure of running about, piles of fluff and cuddliness, affectionate kneading and beautiful black and white markings bored a temporary black hole into the building,” said Failer. “Once all of that concentrated wholesomeness was expunged into another dimension, the whole closed.”

The owner of the unit located around 7200 North Damen was nowhere to be found. Two of his three cats, tabby semi-ferals, were evacuated and transported to safety, the area cordoned off in case any lingering adorability remains. The third cat and the man are the subject of a police man-and-cat hunt. Concern for their safety and a need for a conversation with the cat in particular are first priorities for the ATF allied with Chicago police.