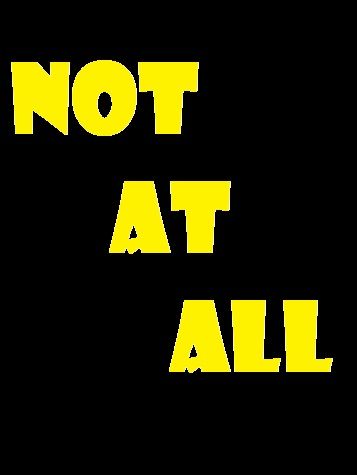 She shook her head as he handed over the folded trousers. “What?” he asked. Again her head shook. He paused before handing over her blouse and dress-slacks. “What do you mean, 'What?'?” “I mean, what are you shaking your head for?” She stared blankly in no particular direction, eyes wide and unrealizing. “Shake?” “Yeah, a shake of the head, as in 'No'.” “I didn't shake my head.” “Sure you did.” “Did I?” “Yes!” “Well, I don't know what happened. Where did it go?”

A wrinkle and a Harumph emerging on his face, Richard began looking under the gathering of socks and cloth-napkins in front of him; Anastasia searched the trouser-pockets and insides of shirt-sleeves.

Knowing what the other was thinking, they extended the search. He opened dresser drawers, pulling out T-shirts and pants, examining their folds. She opened closets, leafing between each dangling garment. Richard darted to the back room where Anastasia continued to rummage through the inside of their mattress. They realized what they were doing, and to some it may have seemed absurd, this search, but the shake was not a mere gesture. It was a denial, or a rejection, a thrusting away, or a push from one's person. They must find it, unless they wanted to be responsible for that seemingly miniscule piece of negation. It was a “no” that they sought, and where it was became an all-consuming question. It had not scurried along the floor, into the bathroom. No shake of the head or turning of the back occurred there – neither on towel nor in the medicine cabinet. No “no” resided inside the bottles filled with fluids or pharmaceuticals. The bit of rejection and denial had not waited on the best moment to steal into the refrigerator and hide between the noodles of vegetarian lasagna.

No holding up of one's palm located itself on the kitchen table, not in the pantry. The inside of the wide-screen television housed no refusal to return messages, and the washer and dryer housed neither withholding of information nor refusal of acceptance. The couple scratched their heads and sat on their mint-colored davenport deeply perplexed. No repudiation had located itself in the garage, not in the workroom. Anastasia's office housed no dissent. The following week proved no more fruitful. Richard had, like Anastasia, searched his office at work and even some desks of his co-workers. “There are too many,” he thought. His supervisor had no idea what Richard sought and Anastasia was unable to locate her repudiation or any trace of it on Main or any other street.

The search may last years, they thought.

There were shakes on the heads of others and plenty of denials, refusals, empty conversations, inattentive listenings and myriad other actions and places filled with negativity. That much both acknowledged early, but the negation that vanished from Anastasia's face, that sudden black and absolute rejection... “It's nowhere,” said Anastasia in desperation. Richard tried to keep calm, held back a panic. “We'll recognize it when we see it,” he said. “We'll recognize it when we see it,” she agreed.

They examined memories of their wedding and Anastasia's bat mitzvah. They paged through old hard-copy photos of family gatherings, Anastasia's early birthday parties and pictures of Richard's Halloween costumes. “Remember when we rescued Rudy?” Anastasia said. “Yeah. I miss him.” While the time Richard's friend abandoned him during baseball practice and Anastasia's humiliation upon learning Jake Bugsby was going with Leslie Durso made them think they had found a negation, they discovered nothing so absolute as Anastasia's gesture. They recalled their frustration when trying to buy a house and their mutual sadness when they learned that Anastasia was unable to bear children, but their eventual success at building a home and their joy at having friends to dinner came to mind. Still, that gesture coming from and traveling back into nowhere no-one perceived or uttered, or in any section or segment found. “It just slipped onto my face while we were doing laundry,” Anastasia explained to a sympathetic Catherine. “I didn't even know it was there.” Catherine nodded sadly. “It must have been difficult, losing that bit of tangible nothing.” “Yes! It was as if we had our own little bit of annihilation, but only when it was already gone.” “Isn't it always that way,” Catherine said, a tone of disappointment in her voice.

Anastasia and Richard continued their search, looking in every crevice of every place they occupied, though they continued to live as they always had, working and learning, watching. Richard deflated many tires, always suspecting something like Anastasia's head-shake might emerge. He regularly said he wanted to see such a thing happen again, but “I would even settle for a 'perhaps',” Anastasia heard him say. “That's not really the same thing,” she said. “I know. I know.” They found endings in their friendships and curtailments in their income, new occupation beginnings that compelled them to see work-friends less, but no absolute “not” coming from nowhere. Not finding Anastasia's negation in denials and refusals and the like, they looked toward other experiences and asked friends and acquaintances if they had seen a wandering shred of nihilism come their way, or if they had experienced anything similar. Rejection letters and conversations with internet Trolls presented much negativity, but

“I've never experienced that myself” they heard.

Anastasia's father passed away, and she became responsible for the logistics of his funeral. Long latent resentments and anger surfaced as she tended to what her sisters and brother would not. Richard listened as she expressed her frustration over and disappointment with her siblings, but the pair never felt that absolute and deep-seated “no.” Richard experienced tension and resentment in his workplace; a supervisor accused him unjustly of petty theft. He had no idea why the man made the accusation; he had thought to be on good terms. He kept the experience from his wife out of embarrassment and fear, and the stress strained their union, but the man fixated on another colleague after a time, and eventually he was compelled to retire. During the four laborious and stressful years that Richard suffered such strife, their marriage did not dissolve, each feeling toward the another as they usually did.

Richard and Anastasia met and made many friends as they occupied their childless marriage with excursions to museums and walks along the lake and the like. They found more change than nothing, and uncertainty over ever finding that one-time pure nothing which visited them only once merely grew. They read existentialist treatises and meditated. They looked not only for nothing at all, but an element of even a “perhaps not really”, at Richard's behest. Anastasia found many “maybes” in her developing friendship with her sisters after the death of their parents.

No pure negation there though.

Richard collected books and pencils, scraps of paper, dog-tags and hospital bracelets, truck horns, in short a pile of things that were not other things, and yet again the shake of her head or its like simply never emerged. The pair argued as couples do, but never so deeply as when Richard took David, their cat, to the groomer. No hair remained on the long-haired feline but for what amounted to shoes and a ball at tail's end, his hairy head too unshaven.

“Look at him! He looks like something that emerged from a clown-car at the circus!”

“The hair will grow back.”

Richard and Anastasia gradually found themselves occupied with interests other than themselves. Years passed during which they saw one another only when immersed in daily routines, loving one another but not occupying that same tight-bound intimacy fusing them together. Still, through all the years of difficulty and some lasting months of uncertainty, the Schmiedensteins stayed together, knowing that they wanted to remain a unit. Richard was the first to retire, being four years older than Anastasia. He felt strange initially, not following his customary routine, but new habits he forged and a mild depression that immediately followed his last day at work abated after he found occupations that possessed him. Anastasia worked as long as possible, only retiring when a corporation absorbed her small company. They settled into a comfortable new habit, one of warm regular dinners together and insignificant complaints. On Anastasia's eightieth birthday, the couple traveled to Italy, Venice in fact. They had forgotten the shake of the head and its mysterious emergence, but a definitive “no” coming from an art dealer recounted the memories of their hunt, many things done and enjoyed. They thought about friends who had passed and possibilities that were no longer. The petty annoyances and the arguments seemed so trivial now that they watched the pedestrians and the patrons drink their wine and recline in ancient chairs.