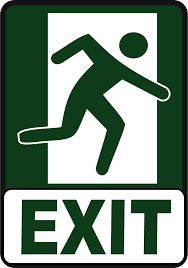 “I'm curious about what...transpires in there.”

“'Transpires,'” he said with some incredulity.

“Some of it is very much the same.”

“Granted. But you guys do all that primping and trimming and spreading of color.”

He knitted his brows.

“It's a magical place. Much moreso than your den of beautifying.”

“I remember when I first entered our sacred place. It was when I was still little, maybe five or six years male. It's the time that I recall, anyway. Maybe I entered earlier and have no memory of it.”

“The door is naturally guarded by a man in a top-hat. Usually, the hat color is yellow or orange, but any hue will suffice. He's always happy to greet you and he has an assortment of treats and colognes to offer, most at low or no cost.”

“This same man will sometimes tap dance when you enter and practically all of the occupants clap and cheer when he's completed his 'Double Buffalo.'”

He gave her a look of disbelief, somewhat shocked.

“Yes, the Double Buffalo. Look it up, if you doubt.”

She tapped on her phone.

“Do you want to hear this?”

“After the greeting the yellow-hatted man opens the door for you. Sometimes, he gives you a wet cloth for sanitary purposes, but mostly he opens doors and watches that no-one disturb or annoy you after you've entered.”

“Not after you've exited?"

“And usually there's some kind of music playing, depending on the kind of place you're in.”

“Oh, I've heard Mendelssohn's Gondola song and Bon Jovi, so there's no rule. As I say, it depends on what kind of building it's in, you know?”

“It seems like Bon Jovi is more suitable,” she suggested.

“Oh. Agreed. Agreed. But there's no way to tell. I mean, one expects arias when in the Lyric or perhaps country music in an old...shall we say 'water closet'?”

“It still seems to me that Bon Jovi is most appropriate, 'water closet' or no.”

“Agreed. So, there's music and sometimes one can request a specific song. Sometimes there's live music.”

“Yeah. I've seen banjos and harmonicas, bands with several members,” he said, not knowing how she was unable to fathom such things.

“Yes, of course. Three-piece bands and seven-member bands. Sometimes, there are audiences in chairs. I've seen quartets and once an orchestra.”

“Now you're playing around. I'm serious.”

“I'm serious too. If you don't believe me, then check it out. You may find Itzhak Perlman there at any time.”

“I guess that's possible these days.”

“Yeah. Check it out. It's really a wondrous place.”

“Yup. There are coat checkers and kiosks selling wine and snacks.”

“Also, there are drug dispensers and sometimes hospital care. I've once arrived during an operation.”

“You mean what kind of operation?”

“Yeah. What was removed...or implanted.”

“Oh, it was a penile implant, something to cure erectile dysfunction.”

“I guess that makes sense.”

“Where else would one undergo such treatment?”

“There are satellite images and some of them are equipped with a solarium or planetariums.”

“That's right. After an orchestral performance I once looked at some of the gardenias and tulips growing under the sunlight.”

“Yeah. They were well-kept and healthy.”

“I suppose the guy in the top-hat needs something to do during the off-times, so to speak.”

“I think you may be right, but I'm not sure whose responsibility it is. There are sometimes mariachi bands and I've seen salsa lessons given too. I once saw a Tom Hanks film. I think it was Big.”

“Do you remember the reason for your visit that time?”

“You mean what duty I had to perform?”

“I think I did number two.”

“That would make sense.”